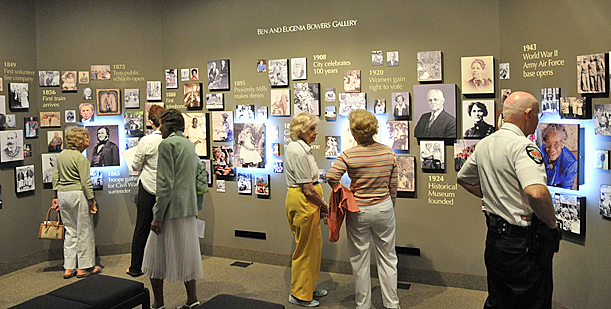 “What would a city say if it could speak?” asked the writer O. Henry. Indeed, what would Greensboro’s generations have to say about the place, its people and events? Through Voices of a City: Greensboro North Carolina, you will discover new interpretations from more than 300 years of local history.

What may seem like ordinary objects tell extraordinary stories. An ornate shell necklace traded centuries ago by one tribe to another. An illuminated German Bible essential for worship by non-English speakers. A rifle fired during a 1781 battle for independence. A desk used by a newspaper editor who decried slavery publicly yet owned slaves through marriage. A loom that wove denim for apparel worn around the world. A seat from a civil rights sit-in that changed the nation. A flight attendant’s handbook that survived the crash of United Airlines Flight 93 on September 11, 2001.

Voices of a City: Greensboro North Carolina is a place to spend time with your family and friends and an opportunity to become forever intrigued with our city’s extraordinary stories.

We want your Greensboro story too!

See the Voices of a City Galleries