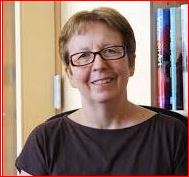 Our nation rests on the consent of the people. But who are the people? How should those people participate to make their voices heard? The Smithsonian traveling exhibition American Democracy: A Great Leap of Faith explores these questions, which have faced every generation of Americans since the nation’s founding. In this live webcast lecture and conversation with Museum Director Carol Ghiorsi Hart, Barbara Clark Smith recounts the thinking that shaped the exhibition and explores the unforeseen challenges posed by the earthquake shaking US politics today.

Barbara Clark Smith, co-curator of American Democracy: A Great Leap of Faith, is a well-known historian of Revolutionary America. In her career at the Smithsonian, she has also produced exhibitions on 18th-century everyday life; 17th-century Jamestown, Quebec, and Santa Fe, and Thomas Jefferson’s Bible. She is a Curator of Political History at the National Museum of American History.

The exhibition American Democracy: A Great Leap of Faith was developed by the National Museum of American History and adapted for travel by the Smithsonian Institution Traveling Exhibition Service