Reflections on Pieces of Now

In April 2021, some of the artists and activists who helped shape Pieces of Now: Murals, Masks, Community Stories and Conversations came together in the exhibition galleries to reflect on the past year. Quotations from the interviews became part of the conversation topic areas for Reflections on Pieces of Now: A History Happening, which took place beside the museum on June 5, 2021. Scroll down for more about the topic areas

Myths Inside the Achievement Gap

American education history is littered with instances of leaving kids behind. The national myth is that all our children learn together, but a persistently segregated school system tells a different story, and that story is, in part, about flight. Intransigent in the face of integration orders and emboldened by Supreme Court protection, white parents deserted the school integration project in the 1960s and ’70s, taking their resources, social capital, and political clout with them to white suburban enclaves. The children they abandoned are often subject to policy that disregards or even aggravates disadvantage linked to race and class — a second injury on top of the first. The adoption of zero-tolerance and extremely punitive disciplinary policies is more likely as the percentage of black students in a school system increases.

How do I navigate? I open up my eyes and become aware. Blind can not lead the blind. I can not lead from somewhere I haven’t been. So, because I’m there, I look at the future generations, my kids, my students and every seed that we’re planting today will soon become trees.

Every year, America spends more than $30 billion on our child welfare system…. More than half – 53% – of all Black children and their parents will experience a child abuse or neglect investigation before their 18th birthday, according to research published in the American Journal of Public Health….

The most common allegation among their cases is neglect, which is inextricably linked to poverty. While poverty does not cause neglect, it restricts access to housing, health care, food and child care, which challenges a family’s ability to care for children. And families of color are overrepresented among poor families due to systemic conditions that have persisted for generations….

Much as we are rightly discussing reallocation of resources for police departments, we should look at redirecting resources to meet the needs of families through prevention, rather than intrusive and punitive intervention. 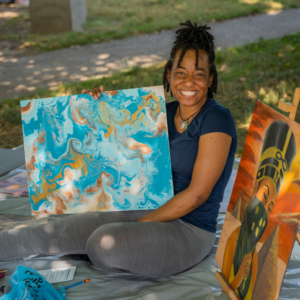 We come from generations of having to watch our husbands being… hung from trees and our sons being murdered. And at the end of the day, you still have to pick up the pieces because…you still have kids you have to take care of… It’s crippling. It’s a constant fear.

The Color in Money

Who’s on Your Dollar?

One of the most effective methods of maintaining segregation was implemented by the federal government in the 1930s through creating the Federal Housing Administration (FHA). To determine whether a neighborhood was eligible to be insured for mortgages, the FHA used rating systems based on factors like income, race, occupation, and immigration status to divide neighborhoods into color-coded zones. If the area were deemed a “red zone” by the rating system, it would not be eligible for new loans, allowing lenders to either refuse to extend credit altogether or offer costly rates. Predictably, African American neighborhoods were almost automatically “redlined” by the FHA, effectively cutting off any chance that investors would risk lending to occupants.

Today, areas targeted for redlining by the FHA have become economic gold mines for developers looking for new areas for investment.

Once again, African Americans and other members of traditionally disenfranchised populations are being pushed to the fringes through means that have been deemed entirely legal.

After the artwork was being created on the streets and the visual protests… That’s when everyone started jumping in & trying to be greedy. We wanted to make sure that it’s not about money. It’s not about benefitting some sort of organization.

Since the gains of the civil rights movement became apparent, economic interests and political pressure to imprison millions of Americans has steadily but rapidly replaced segregation with mass incarceration. This has grossly overburdened the legal institutions that make up the criminal justice system and has caused police, lawyers, courts and prisons to resort to assembly-line justice. And therefore each conviction that this overburdened system produces is less likely to be accurate than a conviction that is a result of the considered and careful process envisioned by a system of adversarial justice.

Because of the racial inequity upon which America was built and which is ingrained in American life today, when people see those Black and Brown lives being broken, people feel less empathy and pain than they would if the victims were white. American society’s tolerance for dysfunction (wrongful convictions, grossly excessive sentences, police brutality, and criminalization of addiction, poverty, and mental illness) is higher than it would be if the victims were considered by mainstream America to be lives that mattered: white lives. 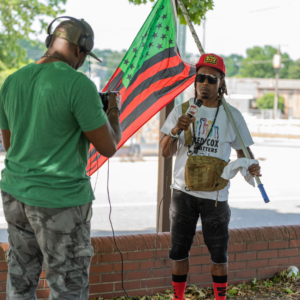 The first thing they say about black & brown–we all bad. We’re criminals. Especially a young black man like me with dreads, we’re already labeled… They’re abusing their jobs. They’re abusing the laws they’re supposed to go by… There’s no accountability…

The director of the Centers for Disease Control and Prevention has declared racism a “serious public health threat” in this country. Dr. Rochelle P. Walensky, who was named head of the agency by President Joe Biden, said the CDC will be “accelerating” its work to address racism as a fundamental driver of racial and ethnic health inequities in the United States…

“What we know is this: racism is a serious public health threat that directly affects the well-being of millions of Americans,” Walensky maintained. “As a result, it affects the health of our entire nation.”

“Racism is not just the discrimination against one group based on the color of their skin or their race or ethnicity,” she continued, “but the structural barriers that impact racial and ethnic groups differently to influence where a person lives, where they work, where their children play, and where they worship and gather in community.”

I was as isolated as I could be at that point. Hearing about that news…it was the first time I really grappled with going out in public at all. Even talking about it now even makes my anxiety come up. And then the art started, and that felt like such a huge release…

You Want Our Culture; You Don’t Want Us!

White dominant culture describes how white people and their practices, beliefs, and culture have been normalized over time and are now considered standard in the United States. As a result, all Americans have all adopted various aspects of white culture, including people of color…

Racism is perpetuated by deeming whiteness as superior and other racial and ethnic groups as inferior. The prevalence of white dominant culture and racism leads to an internalized racial superiority for those who adhere to it. This internalized dominance “describes the experience and attitudes of those who are members of the dominant, privileged, or powerful identity groups. Members of the [dominant] group accept their group’s socially superior status as normal and deserved.”

When people of a nondominant group (people of color) are discriminated against, targeted or oppressed over time, they often believe the myths and misinformation about their group. Known as internalized racism, it happens when an oppressed group believes the racial views that society communicates are true, and they act as if they were true. 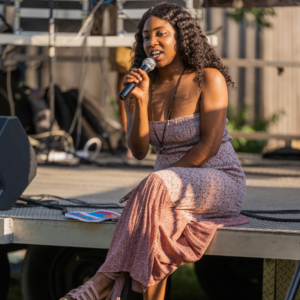 We’re fighting for our right of culture… We all know that excellence, like culture, like technique, style & flair would not exist without blackness… So, if we can’t have that conversation, then what are we doing this for?